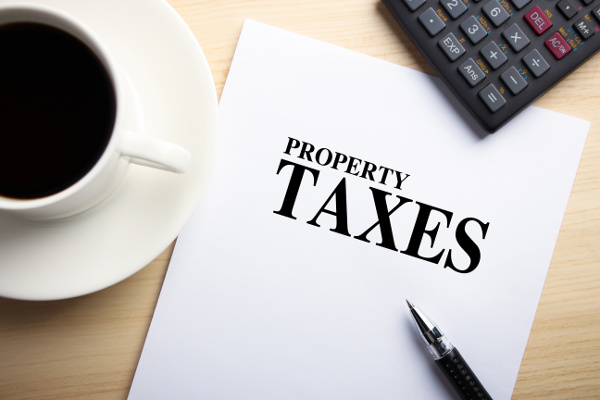 King County residents who pay their property taxes themselves, rather than through their mortgage lender, should circle Halloween (Saturday, October 31st) on their calendar. The second half of 2015 property taxes are due on that date.

After November 2nd, interest charges and penalties will be added to the tax bill. To make the process easier, King County provides several ways for property owners to pay their taxes quickly and conveniently.

Tax payments can be made:

For questions about missing tax statements or other tax payment information, contact King County Treasury Operations online or by calling (206) 296-0923.

Information on senior citizen exemption and deferral programs can be obtained from the King County Assessor’s Office by calling (206) 296-3920.

The races are held as part of the celebration of Seattle’s Opening Day of Boating Season and are followed by the Seattle Yacht Club’s Opening Day Boat Parade. More than 700 rowers compete in this prestigious international event, which culminates with the women’s and men’s Windermere Cup races.

Following the races, fans are invited to join the regatta champions for an awards ceremony and presentation of the Windermere Cup Trophy at the Conibear Shellhouse.

Admission to the event is free. Viewing is available on the shores of the Montlake Cut, or by boats anchored to a log boom in Lake Washington.

I have an exciting day planned today! (Thursday, February 9, 2012) I will be spending the day shopping & “manning” the Northwest Stone Sculptor’s Association booth at The NW Flower & Garden Show. This event is aways amazing… There are hundreds of garden displays, seminars and vendors to peruse.
The Northwest Stone Sculptors Association is a group that I love – amazingly gifted artists who share my passion for carving rocks. I’m currently their “virtual assistant” helping out with design, marketing, website updates & cultivating social media.
So if you happen to be at the Flower & Garden Show, stop by booths #2401 & 2403 (NWSSA has two booths & twice the amount of sculpture this year to celebrate their 25th Anniversary). I’ll be there Thursday afternoon, however I encourage you to stop by & pick up a chisel & hammer and chip away at our demo sculpture in progress! 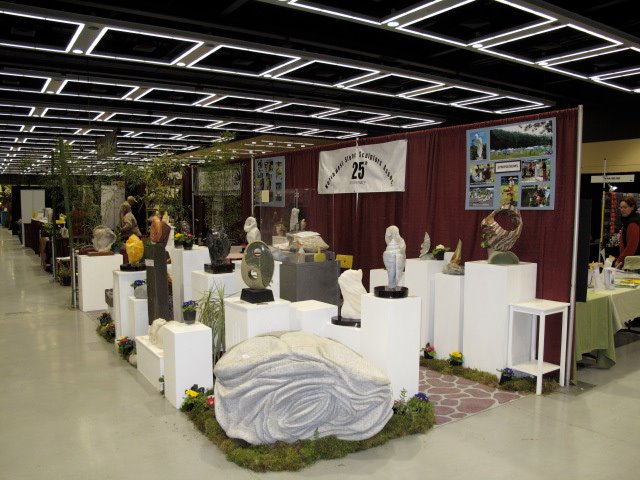 A Floral Symphony
The garden show theme, “A Floral Symphony,” is inspiring the show garden creators to design gardens influenced by music, including concertos, ballads, and blues. Others draw a storyline from the art of music composition or the soothing sounds of nature. Both music lovers and gardening aficionados will enjoy seeing these spectacular gardens brought to life as they herald spring at the beloved annual show. Many of our show gardens will also feature musicians at various times of the day, so you can enjoy the lilting sounds of soft melodies along with the inspirational gardens.
For more information, visit Garden Show
Posted on February 8, 2012 at 8:38 pm Renee Roberts | Category: Seattle Events, Uncategorized | Tagged Northwest Flower & Garden Show, NWSSA, Sculpture, seattle

The Tale of a Foreclosure Cat

One of the agents I work with represents bank foreclosures. She is responsible for making contact with the owner/current tenant during the eviction process. While she has many stories to tell.. here is just one about a little kitty who was left behind.

Despite months of warning before a foreclosure, many desperate homeowners run out the clock hoping to forestall an eviction. Then they panic, particularly if they are moving in with relatives or to an apartment or home where pets are not permitted.

We were concerned that the resident was not planning on taking the pet. Upon the key exchange, the house was emptied, the cat food was gone and the agent didn’t see the cat… Initially. On subsequent visits to the property by myself, an appraiser and a repairman, a little cat would greet visitors on the porch.

Our repairman had a chat with some of the neighbors who indicated that, yes, the cat had been abandoned. I visited the property a couple more times with food and to see if the kitty was friendly and maybe willing to be adopted. She sure appreciated the food!

I loaded a crate in my car and went out to the home the following day. But wait! Someone else had placed a crate on the front deck with food and water! Maybe the previous resident realized the error of their ways and came back for their beloved pet. Maybe someone else was trying to catch the cat. So I put a note on the crate with my name and number.

A day or so later I received a call from Therese. This lovely neighbor heard the cat crying & meowing. She brought food, water and shelter. She wasn’t in the position to adopt another pet, but offered to help me catch the cat.

It’s cold, it’s dark, it’s wet. It’s mid-November in Seattle. It’s only going to get colder and wetter. I grabbed my crate & lured the cat in with tempting morsels and then had a very noisy ride home. Meow -Ow! Yow! Meow!... all the way home. I wasn’t so sure this was going to work out.

I brought the crate in and set it in the middle of the living room as I closed the doors to the bedrooms, bathroom and laundry room. I set out a litter box, food and water.

Then I opened the crate door. After a minute or two, the cat slunk out with it’s tail dragging and belly low to the floor and crept out to investigate. Eventually, the tail got a little higher as the cat felt bolder in checking out these new surroundings. I just sat back and let the cat do it’s cat thing and tried to ignore it as best I could. By the end of the evening, the cat jumped up on the couch, snuggled in for pets and purr’d. A lot… I mean so much that it drooled!

This cat is fortunate and seems to be incredibly happy to have found a new home.

However, she probably won’t be so happy to visit the vet this week! Vets are great people – I explained the foreclosure abandonment situation and the neighborhood vet offered a free cat check up – I’ll just have to pay for the vaccination costs.

People, DO NOT ABANDON YOUR PETS!!

So many abandoned pets face dire circumstances with no access to water, food or proper shelter. It is so utterly neglectful and cruel to leave your pet behind to face starvation, exposure or other predatory animals. There are alternatives. Find a friend, neighbor or relative who is willing to adopt your cat, dog, iguana or parakeet. There are no-kill shelters in most cities that will take your pets and try to re-home them.

If you need help caring for your animals or would like to add a furry, feathered or scaled family member, visit my resource list of some fabulous local non-profits and shelters that can help!